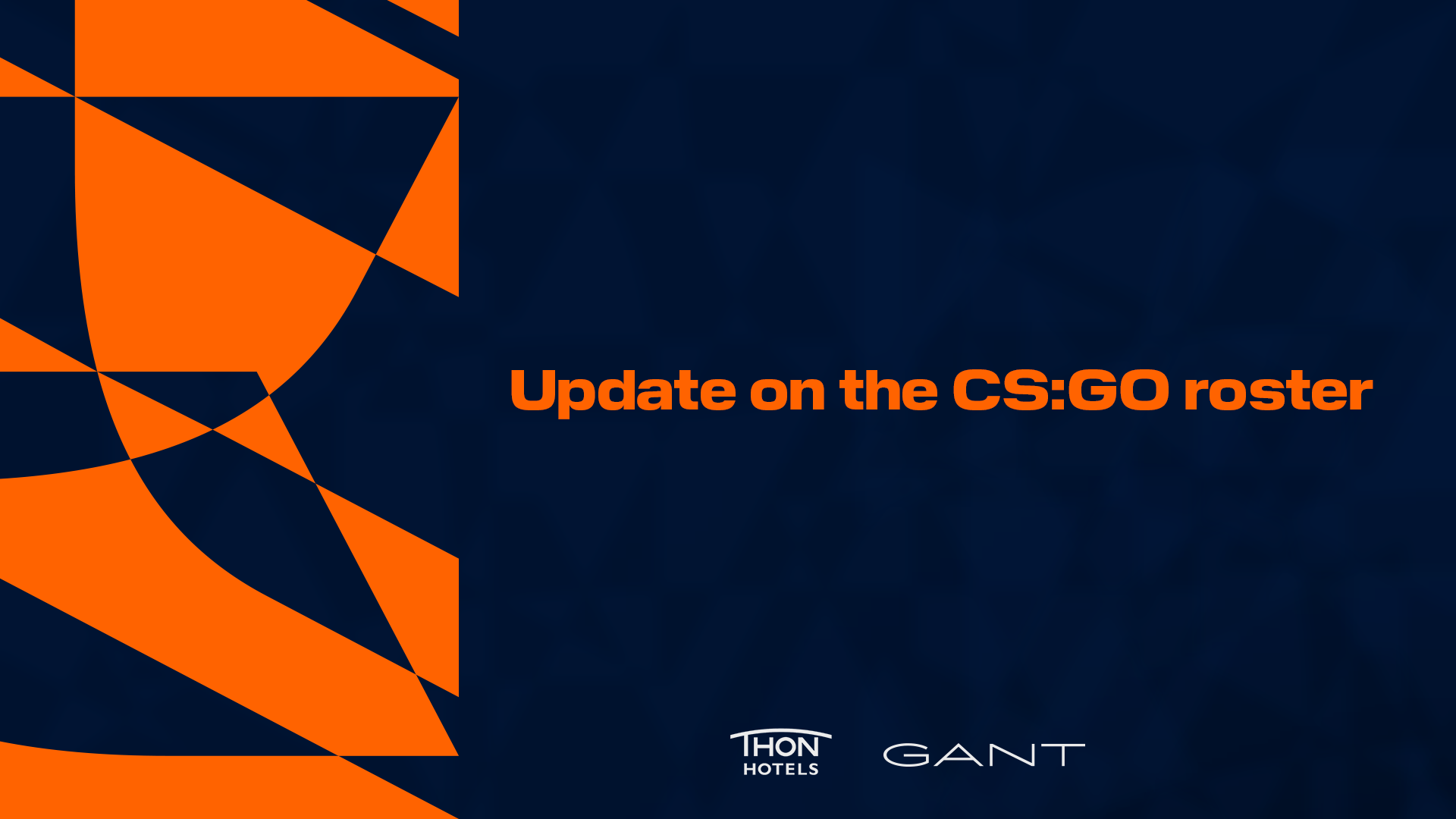 A update on our CS:GO roster

We have a couple of new updates regarding our Counter-Strike: GO roster. As we announced, earlier Joakim «Jkaem» Myrbostad has signed a three-year contract with us. Sander «Grus» Nordeide Iversen and coach Pål «Polly» Kammen signed new contracts – binding them to the club throughout 2021. Dennis «dennis» Edman and Ole «Marcelious» have signed a 6-month contract, starting 1. January 2021. Martin «Nasty» Garvik has signed a new part-time contract with the club throughout 2021.

– We picked up «Nasty» as an interesting prospect replacing «Akez» a few months back. When we were able to add «jkaem» to the roster, our expectations for the team grew tremendously. We now see that this opportunity has been too much too soon for «Nasty.» Martin is a stellar professional and has been disappointed in his performances. He has also received a lot of hate. I think it’s tough to come into the scene as a new player these days, with the pressure put on new talents. Everyone started somewhere, and I urge people to remember that, says Head of esports in Apeks, Anders Kjær.

Garvik has signed a new contract but will be released from the main roster. Garvik will be one of the talents that we hope to develop into a top player. We are exploring loaning him out as a starting player in other teams during 2021.

– As some time has passed since we recruited a very untested «Nasty» a few months back, we have seen glimpses of what he can do but feel the opportunity might have come a bit too soon for him to compete at this level. Therefore we want to let him develop into a player who can compete at the big stage while we look for a player who has experience from a higher level. Right now, we will focus on finding a player with the right skills and experience to help us grow and take the next step. Hopefully, we will see «Nasty» develop and make a name for himself in the top of CS with some more time to gain experience, states coach Pål «Polly» Kammen.

Kjær explains a bit more about this talent project in Apeks.

– We are glad to announce that Martin will be a CS:GO player talent here at Apeks for the coming year. We are going to work with him closely so he can reach his full potential. This potentially means loaning him out to other teams, at our cost, to allow him to get the experience needed.

Garvik himself is very happy with the offer from the club – to be a part-time player in 2021.

– My time in Apeks has been excellent. They are good people with a lot of ambitions. The chance they gave me meant a lot to me and my career. I understand that they have to make changes to the roster after «jkaems» arrival. Much more is expected with him in the squad, and it is just not my time right now. I do understand that this is the best choice for the team and club right now. Of course, it’s a bummer for me, but I can’t complain. No other player in Norway got the same chance as me as fast.

– The fact that they are allowing me to improve myself for a whole year is amazing. I appreciate what they are doing, and it means a lot to me. I will make this my number one priority. You haven’t seen the last of me yet!

Until we announce a new player, coach «Polly» will step in as a fifth player for the games moving forward, starting tomorrow morning in Nine to Five at 09:00.