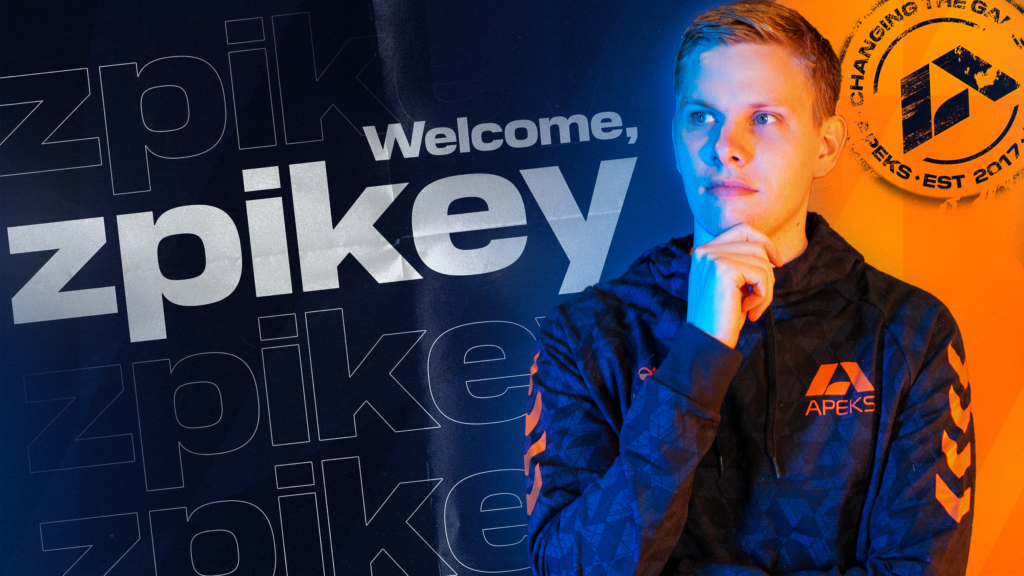 Once again, we can expand our family and prove how serious we are about putting Norwegian esports on the map! We are proud to have Einar «zpikey» Grannes join our team as Business Development Manager. Einar has gained an incredible amount of experience and skill from working in the esports industry for such a long […] 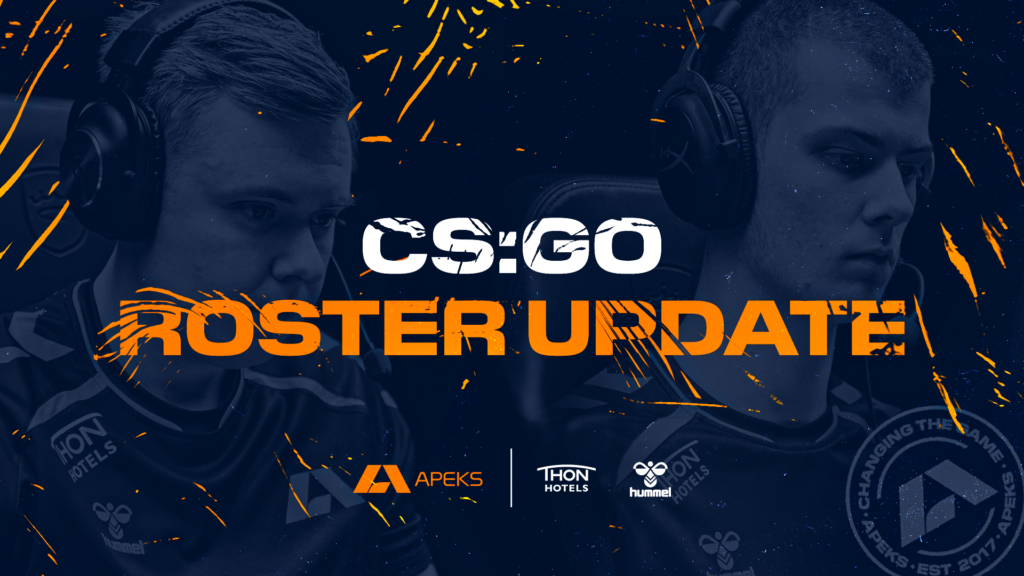 After thorough evaluation, everyone has agreed that changes are needed in the team. Asger “AcillioN” Larsen and Hugo “chawzyyy” Günther will be benched from our roster during the summer break. We are actively looking for replacements. Head of Esports, Anders Kjær, says: “It is a pity that we ended up here, but togheter with the […] 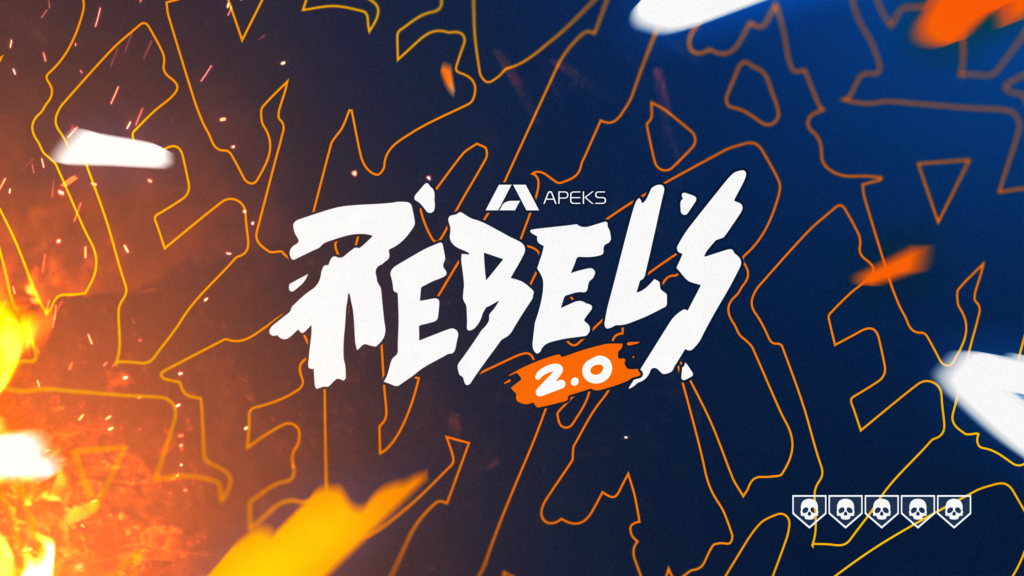 Our rebels will no longer stay together as a five 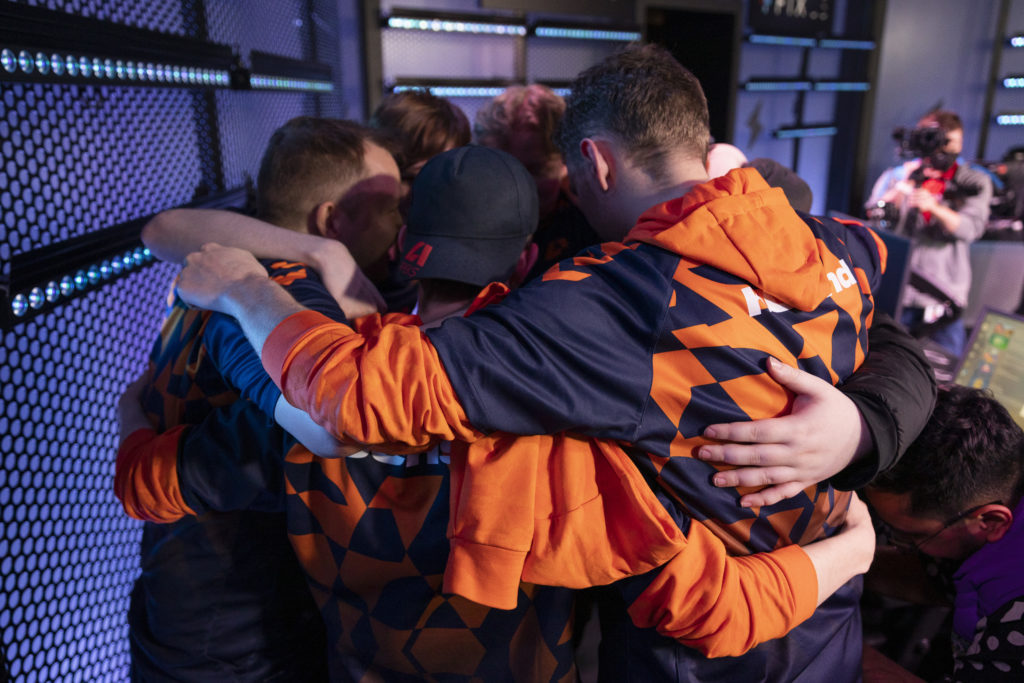 We are sad to announce that our Rebels will no longer stay together as a five. After what was nothing short of a fantastic performance in Philadelphia there has been some attraction towards players in the team. As a result of this both Trax and Sly will leave the Apeks Rebels project. Our Rebels will […] 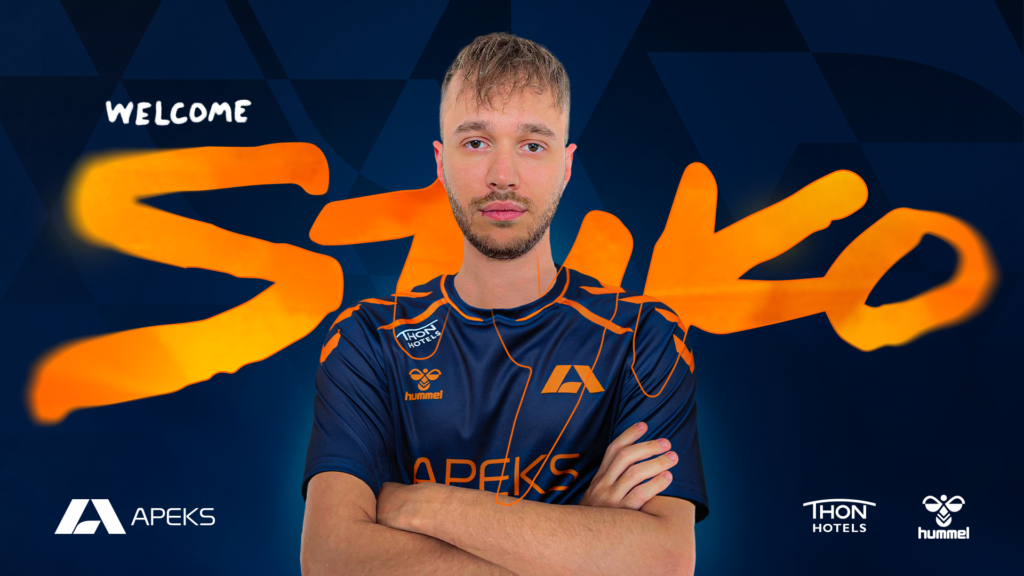 Adding one more player to our roster and the line-up is now complete! Imported all the way from the great outlands, we are proud to say; Welcome to Apeks, Martin «STYKO» Styk. Head of Esports; Anders Kjær says «I had a very simple goal: Find people capable of becoming the best of the best, and […] 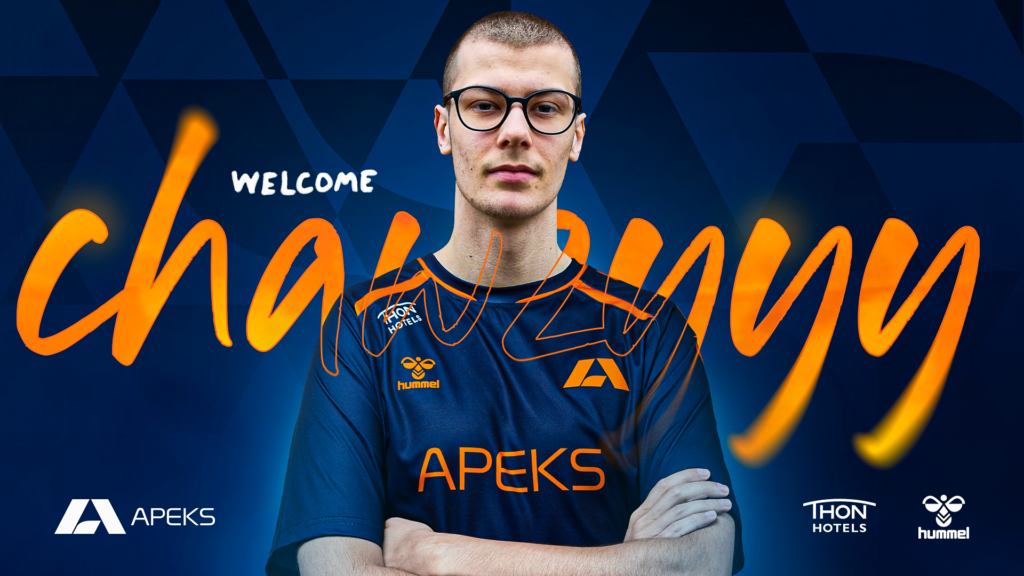 Another piece of the puzzle has now fallen into place as we welcome «chawzyyy» to the club. You might not know of this young man, but trust us when we say that he is a star in the making! Welcome to Apeks Hugo «chawzyyy» Günther. «Hugo is young and inexperienced, but still already showing a […] 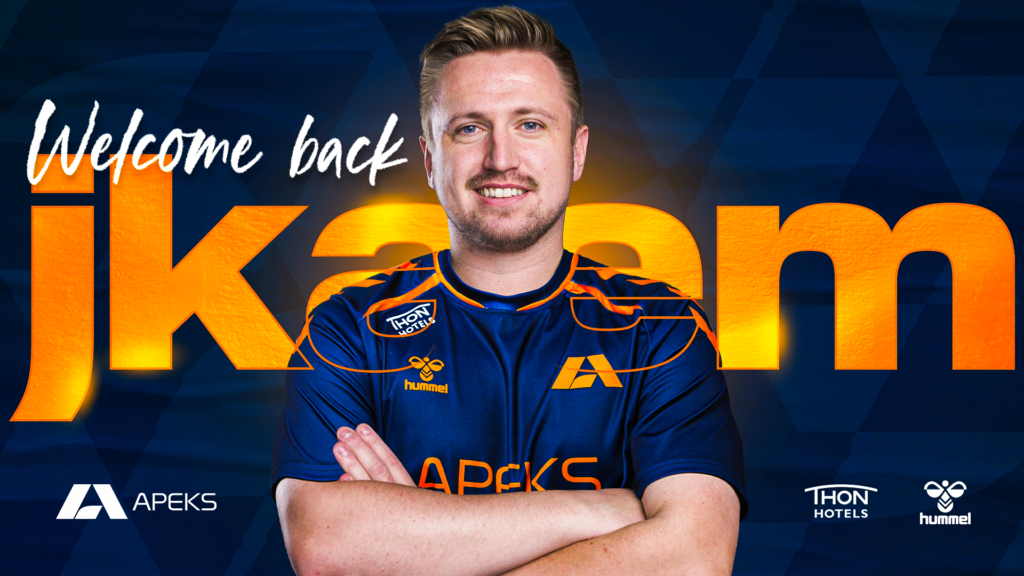 He rises like a phoenix  from the ashes and we can proudly announce that Joakim «jkaem» Myrbostad is back. A year has gone and we have once more made a deal with the Norwegian legend! Welcome back jkaem! Head of Esports Anders Kjær says:«We obviously had a challenging situation a year ago, but we discussed […] 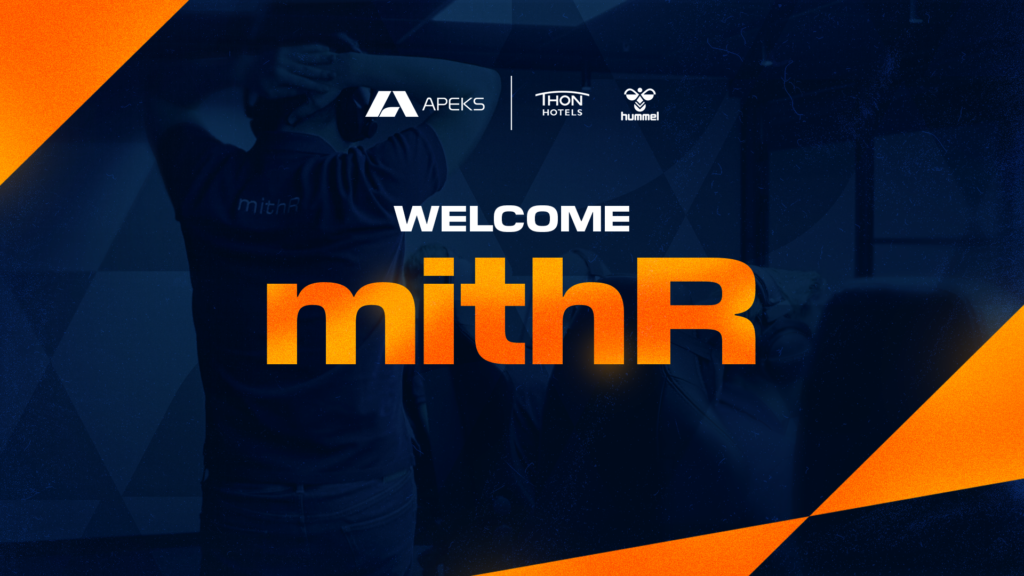 As another year comes to an end we are excited to begin another one. With us to kick off the 2022 season, we have landed the top tier coach from Mousesports, Torbjørn «mithR» Nyborg! Welcome as our new head coach for Apeks Rebels. «Torbjørn has been a coach we have wanted to bring into Apeks […] 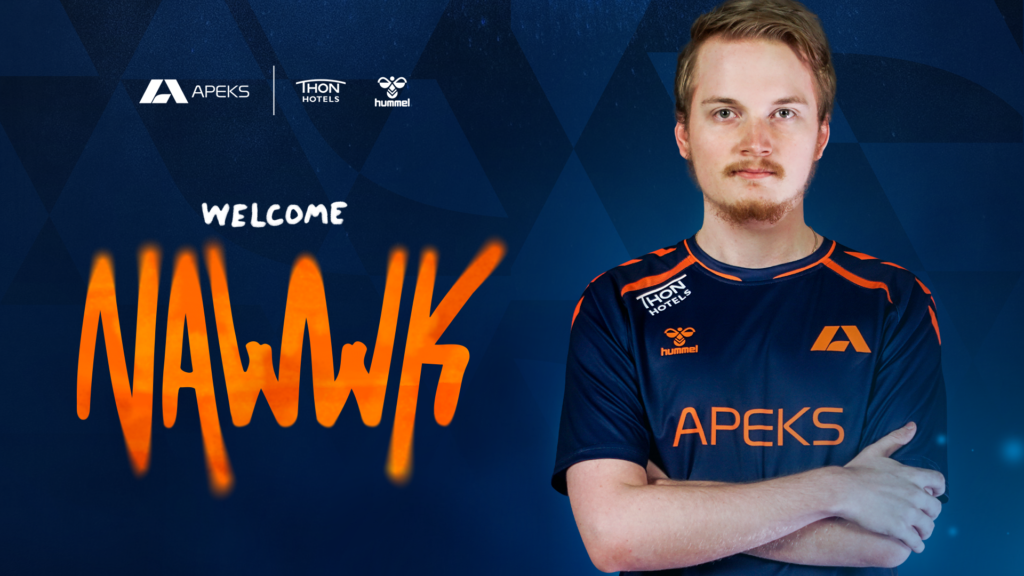 It has taken some time with a full rebuild of our roster, but finally the 2nd piece of the puzzle is ready, the swedish star AWP’er «nawwk»! Tim «nawwk» Jonasson has made the transition from NiP to Apeks, ready to join Acilion in our team moving forward. Tim is eager to get started with the […] 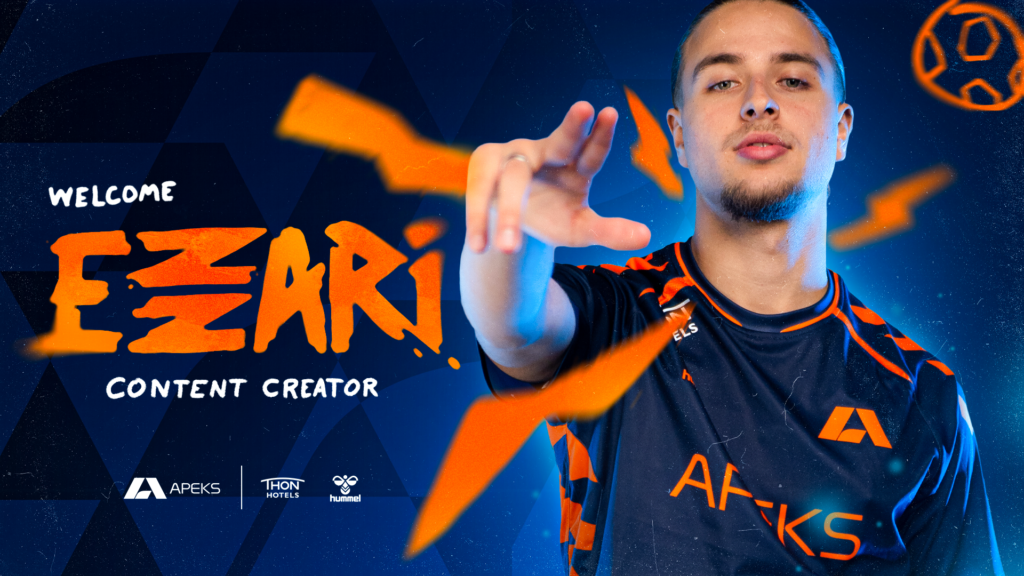 We are kicking it up a notch! Say hello and welcome to Adam Ezzari! You might recognize this handsome face from «Skam» or you might have heard some of his music. Well, now he is an official triple threat as we have signed him as our new content creator for our FIFA department!  CEO Denise […]