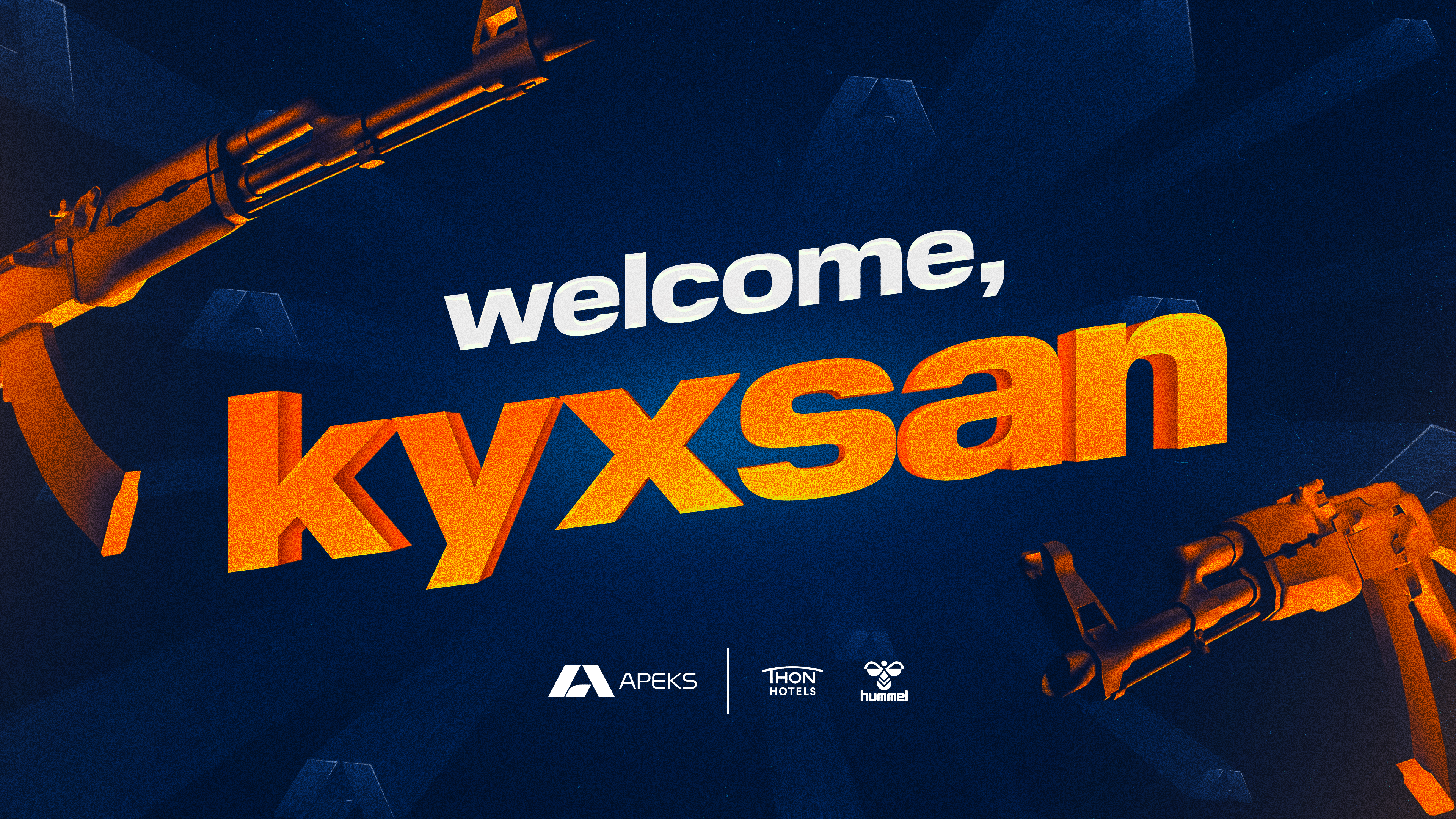 The 22-year-old Damjan “kyxsan” Stoilkovski has signed a 1-year agreement with us.

Stoilkovski just signed a deal with us throughout 2023 and will be our new in-game leader and captain. He’s coming straight from BLUEJAYS – who just won IESF World Championship. BLUEJAYS is currently ranked #39 in the world and have been delivering solid results in 2022. Now it’s time for Stoilkovski to bring Apeks to new heights.

– I am very happy to be joining a team such as Apeks. I can’t wait to meet my teammates and to start preparing for the challenges ahead of us in 2023! It was not an easy decision to leave my friends and ex-teammates in BLUEJAYS, but when I heard Apeks’ plans and ambitions the decision was much easier. I feel like we have a super good line-up with excellent coaches, and we have everything that we need to achieve our goals, says the new Apeks player.

After a troubling season our head coach, Jakub Gurczynski, is happy with the new player in the squad.

– We tested several in-game leaders during the season, which was not easy, but we remained confident that this process would bring us better results for the upcoming season. Damjan showed great knowledge of the current meta, he got along great with the rest of the team and after many conversations I am convinced that this is the best choice we could’ve done, says the head coach.

As people know – earlier this season we pulled out from all our tournaments to figure out how we could solve the issues we were facing. We started a trialling process for potential in-game leaders. Head of Esports, Anders Kjær, think this process helped us pick the right player.

– This has most certainly been the most in-depth recruitment process we have ever concluded. We did a great scouting job, followed by an intense month of trials. We have done what we can to make sure that the player we brought in would fit our needs. After thorough evaluations of the trials, we concluded that “kyxsan” was the right fit for us. In the end it was an easy choice. The coaches wanted him, the players wanted him, and the club wanted him. That is the best-case scenario. Now it’s just one thing left – to perform.

Already on 3rd of January the entire team will travel to our headquarters in Oslo to have a bootcamp to kick off the season. We’re still waiting to confirm our first Official game with our new line-up. We are participating in ESL Challenger League that will start in January.