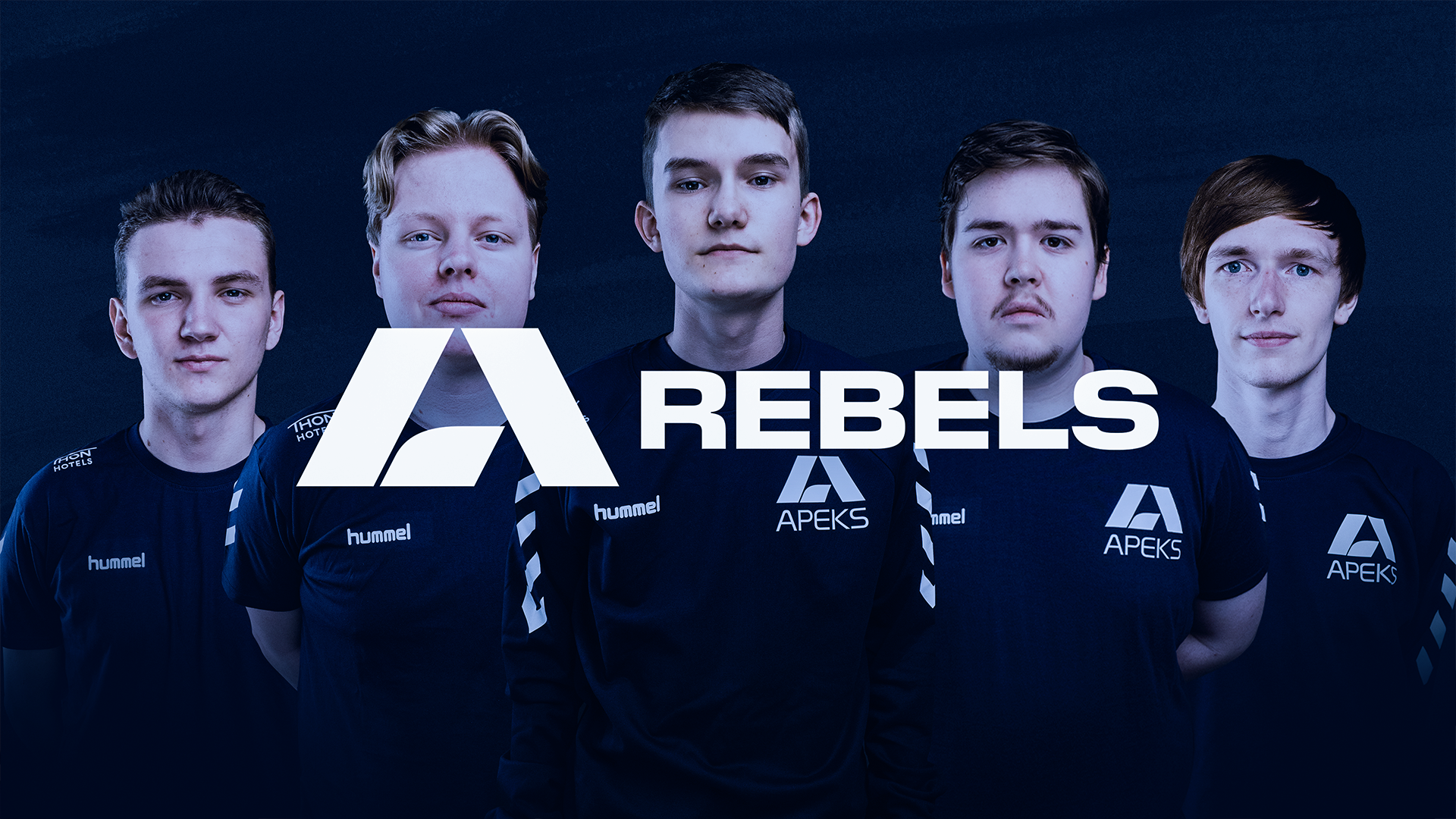 We have searched far and wide! We are now ready to announce the five guys making up our Rebels team. Welcome to Apeks!

– Apeks Rebels is a long-term project in which we are bringing together five players that have what it takes to become the best. They have the motivation and determination to bring their skills to the next level.

– Anders Kjær, our Head of esports, and coach «Zeves» have scouted and gone through the applications to find the hidden talents of Norway. The result is these five highly talented players. Equipped with the right team and resources, we are confident that they will become the best athletes they can be. As we advance, Apeks Rebels will have a goal-oriented plan to have a top Norwegian team once again.

– Rebels will be playing Telialigaen for us and international tournaments where the main team won’t participate. As stated before, this is a long-term project where we want to bring Norwegian Counter-Strike back on the international scene. Head coach Morten «Zeves» Vollan is excited to be able to announce the team and says:

-We dived deep into the talent pool to find a group of people who would work well together, in and outside of the game. They are the best at their respective roles. There were a lot of criteria the players had to meet. My expectations, to mention a few, have to be work ethic and a drive to succeed. With an excellent work-mentality and a drive to become the best, the sky is the limit.

– The team is built with a philosophy that everyone can contribute equally in almost every role. There will be definitions, but not like in the past. In the current meta, I want to educate everyone to become an IGL. When you reach that point of development, you can achieve anything that comes your way. This is just the beginning, and the guys are extremely motivated. Morten is ready for the next chapter and says:

– Right now, we as a team are focusing on getting to know each other. That’s why we currently are on a 10-day boot camp in Oslo at Apeks’s facilities. We will also spend time developing our map pool and our understanding of the game. As I mentioned above, I want everyone to contribute equally to the IGL part, and to reach that goal; we need to work on the player’s game sense. We handpicked five rookies to play together so that the coaching staff could have the opportunity to steer the players in the right direction.