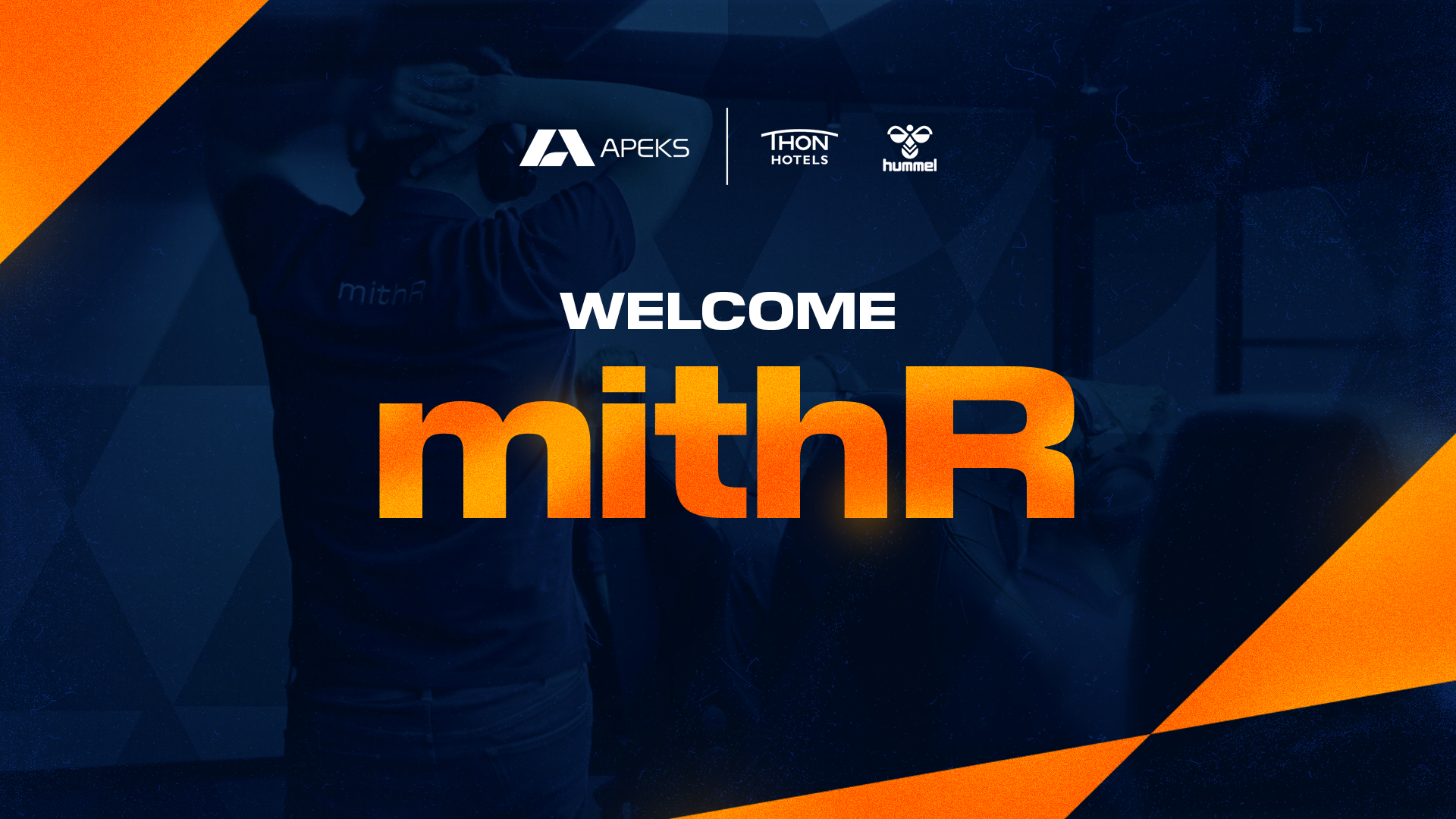 As another year comes to an end we are excited to begin another one. With us to kick off the 2022 season, we have landed the top tier coach from Mousesports, Torbjørn «mithR» Nyborg!

Welcome as our new head coach for Apeks Rebels.

«Torbjørn has been a coach we have wanted to bring into Apeks since February 2020. His passion for the players and the game is unique and this was an opportunity we couldn’t let go of.» CEO Denise Anfinnses says.

With the Rebels still being in their first year at Apeks, we have been striving to make them feel safe as well as facilitate a good framework for their professional journey.

«Our plans and goals are still the same. With Torbjørn’s Teir 1 experience our Rebels will get first-hand knowledge in what it takes to play at the highest level and succeed.»

Torbjørn is taking a leap of faith going from Mousesports to Apeks. He is now going to be a huge part of building our young athletes and getting them ready for the international stage.

«I have always been a major fan of Apeks. Ever since aNdz reached out to me in early 2020, I have had a good connection with Apeks, which only grew stronger as I helped them during the Road to Rio Minor Closed Qualifier. Helping them those two weeks leading up to that qualifier and discussing our ambitions and methods, we quickly discovered that we have the same values and beliefs.

I’m going to miss the busy travel schedule, and playing against the best teams in the world, but I also look forward to proving to myself, Apeks, and everyone out there that my style of coaching can grow players from playing local LAN events in Scandinavia and Open Qualifiers into potential world-class athletes.»

The 2022 season is going to be the continuation for the Apeks Rebels. The investment the combany is doing is hopefully going to bear fruits adding Torbjørn to the team.

«I’m incredibly happy that we have signed Torbjørn to be the new head coach of our Rebels team. Having worked with him before, we know how he is exactly what we want from a head coach. He is superb when it comes to CS, but most of all he is excellent when it comes to man- management. His social skills are just as important as the ingame ones.

It is absolutely crazy that we made this happen. The fact that he is willing to do a move like this says a lot about his confidence in his own abilities, and taking a challenge head-on.»

«Trial and error will be one of the biggest success criteria for us, and we are willing to commit a lot of errors to find out what works for us.»

«My dream is to put Norway on the world map. Help build the infrastructure within the Norwegian scene and help both the team and Apeks to reach new heights.»
Torbjørn is ready for this new chapter to begin.

In regards to Morten «zEVEs» Vollan, we are in dialog with him to figure out his role moving forward.